Contractors should help spread the word about this potential product failure

One of North America's largest manufacturers of smoke detectors has issued a major recall of one its most popular units. North Carolina-based company Kidde, along with Health Canada and the U.S. Consumer Product Safety Commission, have recalled nearly 500,000 smoke detectors that might not be able to detect smoke. In Canada, some 40,000 models PI2010 and PI9010 have been sold. It's critical that all consumers check to see if either of these units is installed in their homes, otherwise they might falsely believe their homes are protected. Contractors have a role to play in advising consumers, since many may not have heard of the recall.

The models PI2010 and PI9010 were sold in stores and online from September 2016 through January 2017. Model numbers can be found on the back of the units. (TWITTER / KIDDE)

The recalled models were both made between Sept. 10, 2016 and Oct. 13, 2017. Both pieces of information can be found on the back of the smoke detectors. If you have one of the recalled models, Kidde says you can register it for a replacement.

What to look for
“A yellow protective cap in limited instances may have been left on one of the two smoke sensors in affected products during the manufacturing process,” Kidde said in a release.  “[This] could compromise the smoke alarms' ability to detect smoke. Consumers should remove the alarm from the wall/ceiling and visually inspect it through the opening on the side of the alarm for the presence of a yellow cap.”

SIGNUP FOR THE E-NEWSLETTER - View Past e-News Issues 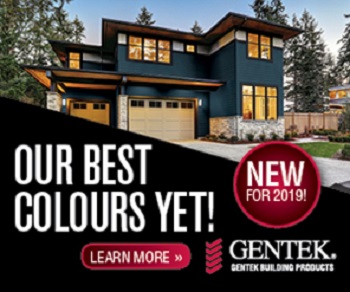 Power up with these cordless tools  As a contractor, you know that power tools are essential to getting almost any job done. Innovation...

Mental Health and Safety at Work One in five Canadians will experience a mental health issue or mental illness in any given year, so...

Fresh colours your clients will want in 2020 Each year brings with it a variety of colour trends and new colour pallets that will...